You know a Black Friday deal is hot when we -- a deals site -- can't even get it. 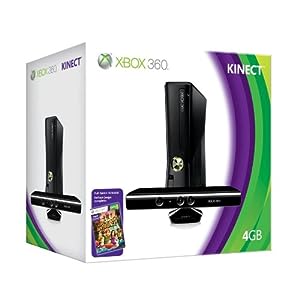 Earlier this week while reading the Walmart Black Friday ad flyer, we spotted this on page 8. We had to read it three times to believe it.

At 10pm Thanksgiving night, Walmart stores were going to sell it for $100 less than usual…AND throw in a $50 gift card on top.

If you wanted to wait in line at a Walmart for hours (or days?), at least with this Xbox offer you'd be getting a great deal.

And in our Black Friday post on Kotaku, here's what we said about it. If only a store would offer this deal online…we'd be all over it!

So we woke up on Black Friday...and since we run a deals site, it felt like Christmas morning.

And then as we were trolling Amazon's Gaming page and scrolling through the upcoming Lightning Deals, we saw THIS... Amazon was going to match that Walmart deal at 12 noon Eastern!

A few minutes before noon, Amazon was showing the console bundle for $199.99 with no bonus. So at 11:59 and 30 seconds we started furiously refreshing the page at Amazon to see the deal.

We saw the bonus offer appear several times, but not with the correct console sold and shipped from Amazon.

Below… 3 screencaps of where we saw the bonus offer but never with the correct console, at the correct $199.99 price, sold and shipped by Amazon. And whenever we hit the "click here" link in the bonus offer box, it would send us to the main Amazon Gold Box page, which didn't have the Xbox deal we were looking for. So in the end, a lot of excitement for nothing.

We've been updating our deal page for the Xbox 360 4GB with Kinect bundle, and over the next few hours we saw it a few times for a flat $199.99, no bonus.

But we weren't able to get the best Black Friday deal, and we'll surely be struggling to get over that for many, many years.

UPDATE -- a couple hours later Friday afternoon, we hit the bundle page on Amazon again, and it showed this "Lightning Deal" notice in place of the usual "add to cart" button. Clicking it took us to the Amazon Gaming landing page, where it finally showed the +$50 bonus credit deal, and a "Join Waitlist" button quickly turned into "Waitlist full" right before our eyes. TT