Looking for the best Civilization VI deals during the Winter Sale months? We've rounded up all the goodies below to save you from searching. When deals on the first Civ VI expansion arrives, you'll also find it updated below. 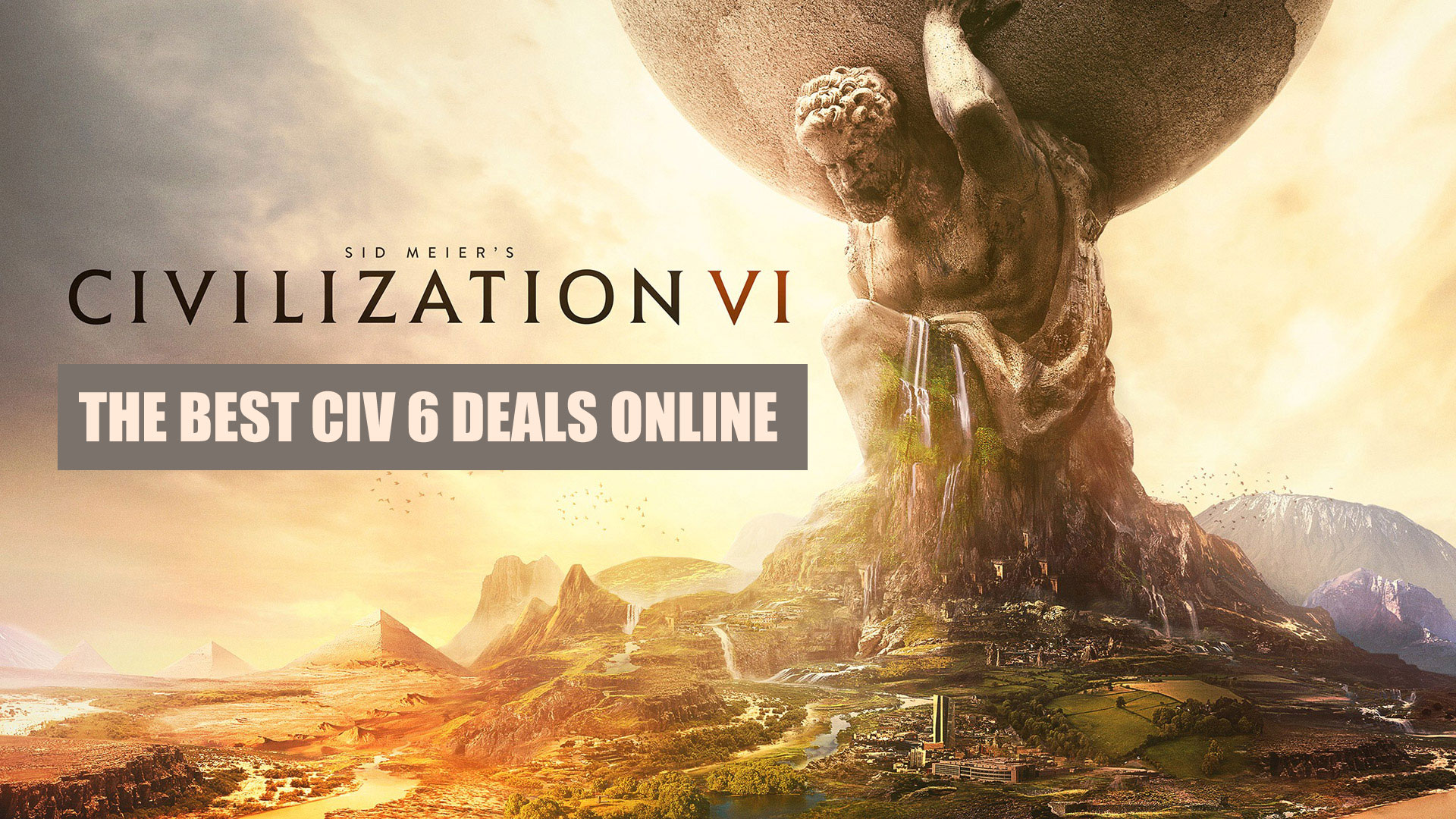 Astute readers may recall from awhile back that I proudly proclaimed that I wouldn't pre-order Civilization VI. Well, through sheer will (and real life in the way), I was able to ward off pre-order deals temptation. The problem is the game has now been released for almost two months and I really really want to play it. And by play I mean I want to start at turn 1 and see the sun rising 10 hours later.

This week, the Civ VI temptation is back in full force as GMG brings about the best Civilization VI deals for the PC digital copies yet thanks to a Winter Sale. In fact, even the standard edition is now beating prices we saw during Black Friday for the PC DVD copy (which was as low as $39.99). Without stringing you along, here are the best prices as of writing: Civilization VI Standard is $40.49 while the Digital Deluxe Edition is only $50.99. Both deals should be valid for the reminder of the week - but you should always act fast as Winter Sale stuff on Triple-A titles are always fluid.

Updated 2/22/2017: new prices below as Humble Civilization Bundle gives a lift to the series, introducing the timeless franchise to countless new gamers.

Barring the deal from GMG, you can also pick up the game for about 25% off at DLGamer. Gamers in the UK/EU can also choose GamesPlanet which has the game for a standard 20% off at £39.99. Note that the key being sold at GamesPlanet is rightfully noted as region locked, so you can only activate it in Europe, Africa, and the Middle East. For GMG's giant deal mentioned above, the keys are set to your specific region during checkout (and priced accordingly too), so its safe to buy for those in the United States or Canada.

Will Civilization VI Get Any Cheaper Anytime Soon?

Veteran Civilization gamers may be thinking of holding off buying a copy, and we certainly don't blame you as modern Civilization titles are best with expansions and DLCs (usually the kinks are worked out better, and the gameplay mechanics are improved upon). If you're expecting a big price cut due to any impending expansions you may be left disappointed, however. From what we've seen so far this year, Civilization VI has held steady in pricing since becoming available for pre-order early Summer 2016. The recent price drops are only due to the combination of Black Friday and Winter Sale.

For those of you that are expecting 50% off discounts - we don't think you'll see this big of a price cut until late Spring next year, if even. Given the first expansion still hasn't been announced yet, a discount more than the current 34% off is unlikely to happen in the near future.

When Will We See Deals on Civ VI Expansions?

Both the new Poland Civilization and Vikings Scenario Pack both went live just earlier this week, and both packs at $5 each have had mixed and negative reactions from buyers (this is probably why it makes sense to just grab the Deluxe version instead of paying for these piecemeal later).

While both these packs are a far cry from a full Civilization VI expansion (e.g. a $15 DLC pack), they are a good indicator of when you'll see deals on the expansion and DLC if you keep track of their pricing during seasonal sales event. Given these two packs have just launched, they are of course not part of the Steam Winter Sale (which started off earlier today on December 22).

Veteran PC game buyers can expect pre-order deals on Civilization VI expansions and DLC from retailers such as Green Man Gaming - but to see real significant discount on the Civ 6 DLC will be about 2-3 months after release. You'll also see the previous DLC and base game discounted as subsequent new expansions and DLC gets released.

The short answer is: don't hold your breath - heck, it hasn't even been officially annouced yet!