One of the most popular multiplayer shooter in recent years, you can find all the best deals on Tom Clancy's Rainbow Six Siege below, be it the Standard, Gold, or Complete edition with Year 2 Pass included. 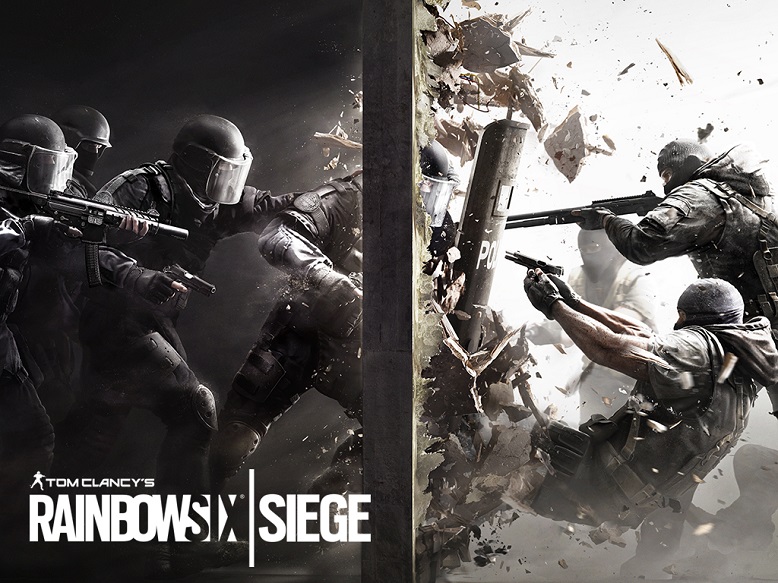 Your typical multiplayer AAA video game will have a large audience when it first releases. Within the first month or two there may be some gain in players, but quickly the audience will taper off and after a few months you'll be left with only the hardcore fans. Tom Clancy's Rainbow Six Siege is the complete opposite.

Since the game began in December 2015, it has only gained players and continues to grow as of December 2016 (Chart). Much of the recent growth has been from the Year 2 Pass content which released on November 29 and continues to add more content to the game now through 2017. Best of all, Year 2 is on sale.

In fact, all editions of Rainbow Six Siege are on sale at GMG aggressively during the Winter Sale weeks. There, the Uplay keys are going on sale for more than their regular sales prices plus an additional 10% off after applying voucher code for the winter sale.

Update: Now that Winter sale is over, you'll find the current best deals on Rainbow Six Siege below for both the PC and console. 20% off is fairly standard for the Year 2 Pass and Gold Edition (Steam copies) - while the console copies of Rainbow Six Siege is now only $20 as the list price has dropped across the board.

Which edition should you buy? Depends on what you already own, and what exactly you're looking for.

In addition to that Year 2 Pass gets you VIP Premium Membership service until February 7, 2018 which includes: 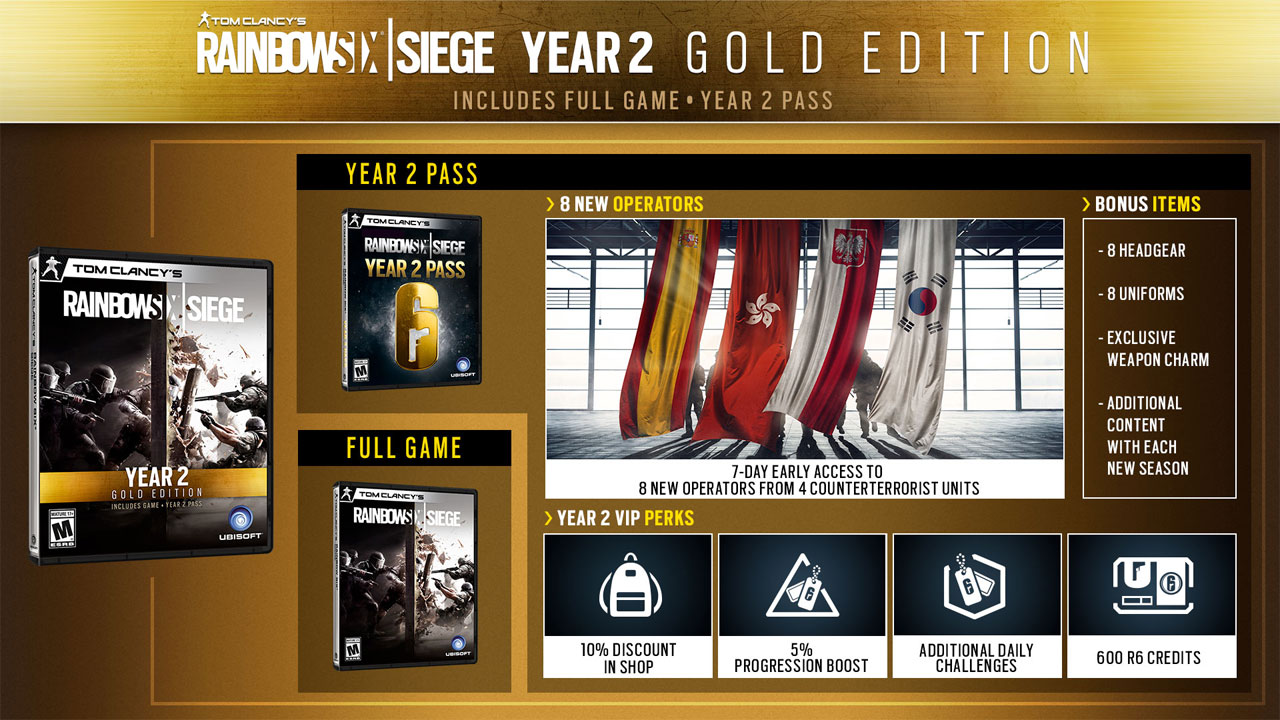 To get everything Rainbow Six Siege has to offer, you'll need to fork over the most cash in the Complete Edition. This gets you the base game, Year 2 Pass, and the Legacy Operator bundle which includes all 8 add-on operators from the games original Season Pass. For most people intent on playing the full game for the first time, this is the route to go, though you can go cheaper with Gold. 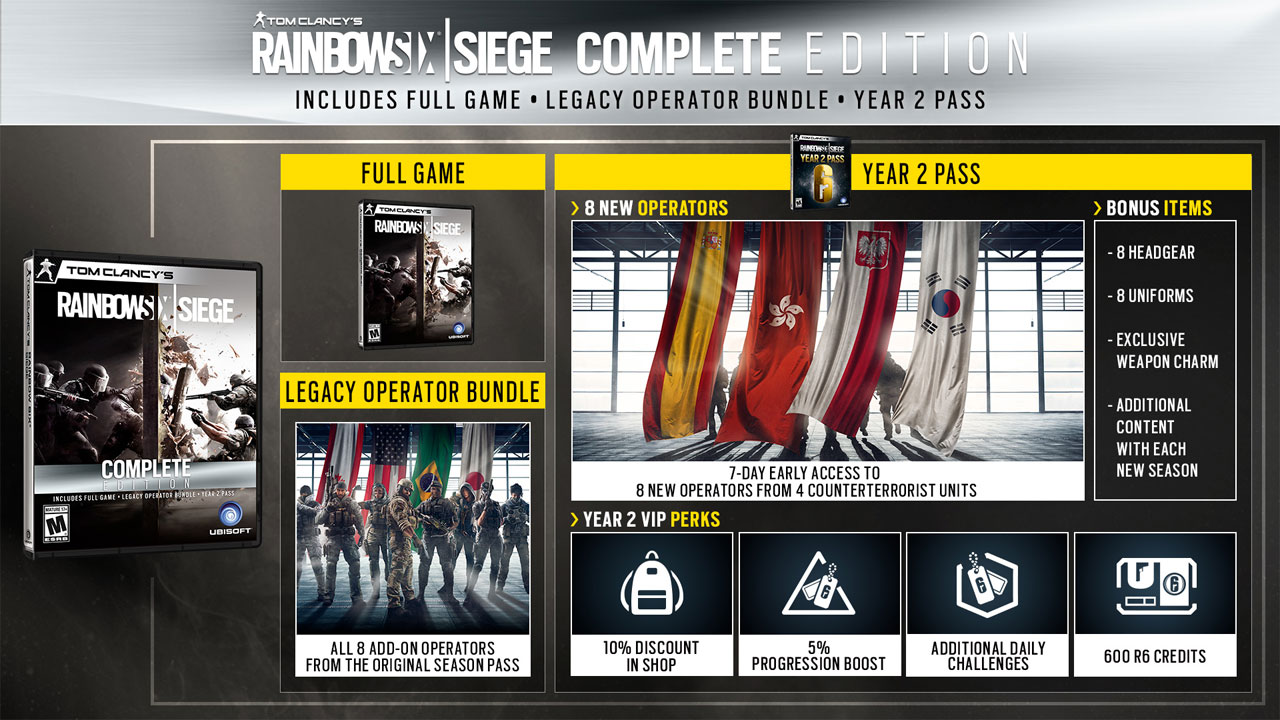