Editor's Note: This first impression overview is written by Dealzon user Brian Walker. Brian purchased his own copy of the game for the Xbox One and played it during the early access launch time, like many other gamers earlier this week. 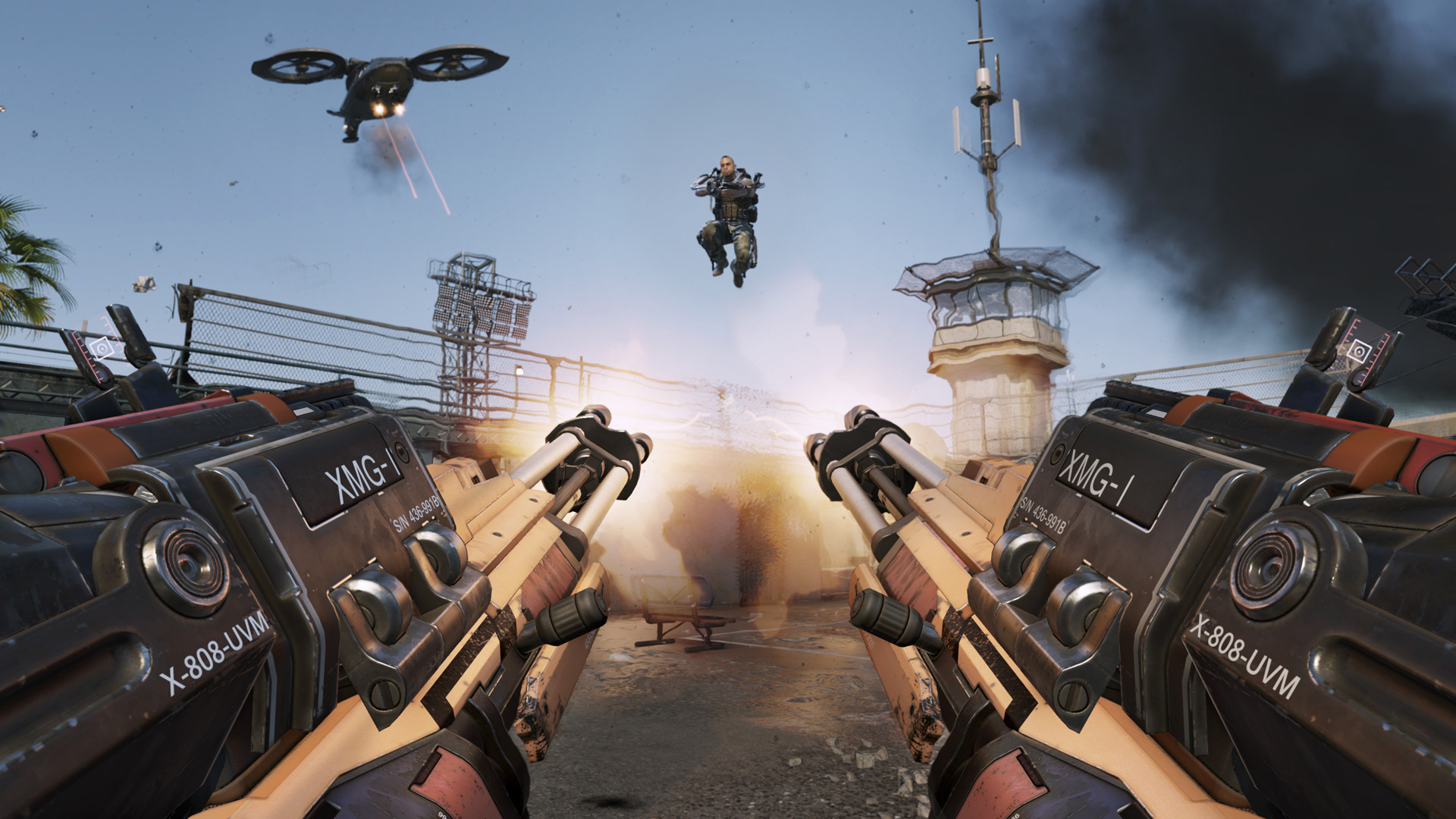 For me, Call of Duty has been more of a lifestyle than a game series. I've played religiously since 2007, and competitively since 2011. Does Advanced Warfare stack up to the previous installments? Perhaps. There is never a definitive answer for these sorts of questions. Some people will call Advanced Warfare the best installment ever, while others will hate it with a fiery passion.

There are many implementations in Advanced Warfare that make me very happy, and as a long-time player of the franchise, I knew as well as most that it was time for a change. Sledgehammer games came to the same realization, and it really comes through in the gameplay. I assumed my past skill in Call of Duty would easily carry over in this game and make me an absolute force in multiplayer. I was VERY wrong. This game is a whole new beast.

The Exo-suit and the Weapons

The star of the show is arguably the Exo-suit. The game is essentially built around its versatility. Every player has an Exo-suit on at all times, granting you the ability to double-jump as well as dash while in the air. On the right arm is a launcher that lets you shoot grenades and other things of that nature. On the left is your chosen Exo-ability, which can range from a shield, to a boost in speed, to extra health. All of these abilities are temporary and limited to once per life, which I assume is how the developers prevent them from being "overpowered". They did a really great job on the suit and elements of the title that involve it. Wearing it just feels natural, like you've done it before.

The weapons are a slightly different story. I'd be lying if I said there were a Call of Duty in recent memory that launched with flawless weapon balance, and there's no exception here. Submachine guns feel absolutely outclassed by the Assault rifles in almost every situation, and that's reflected by the fact that SMGs are rarely used. A lot of people have been stating that "SMGs need a buff". I actually think differently. I think the Assault rifles need to be toned down. All of them have very little recoil, and some of them feel like they have none at all. This combined with how "sticky" the auto-aim feels makes every player, regardless of skill, appear much better than they otherwise would be. 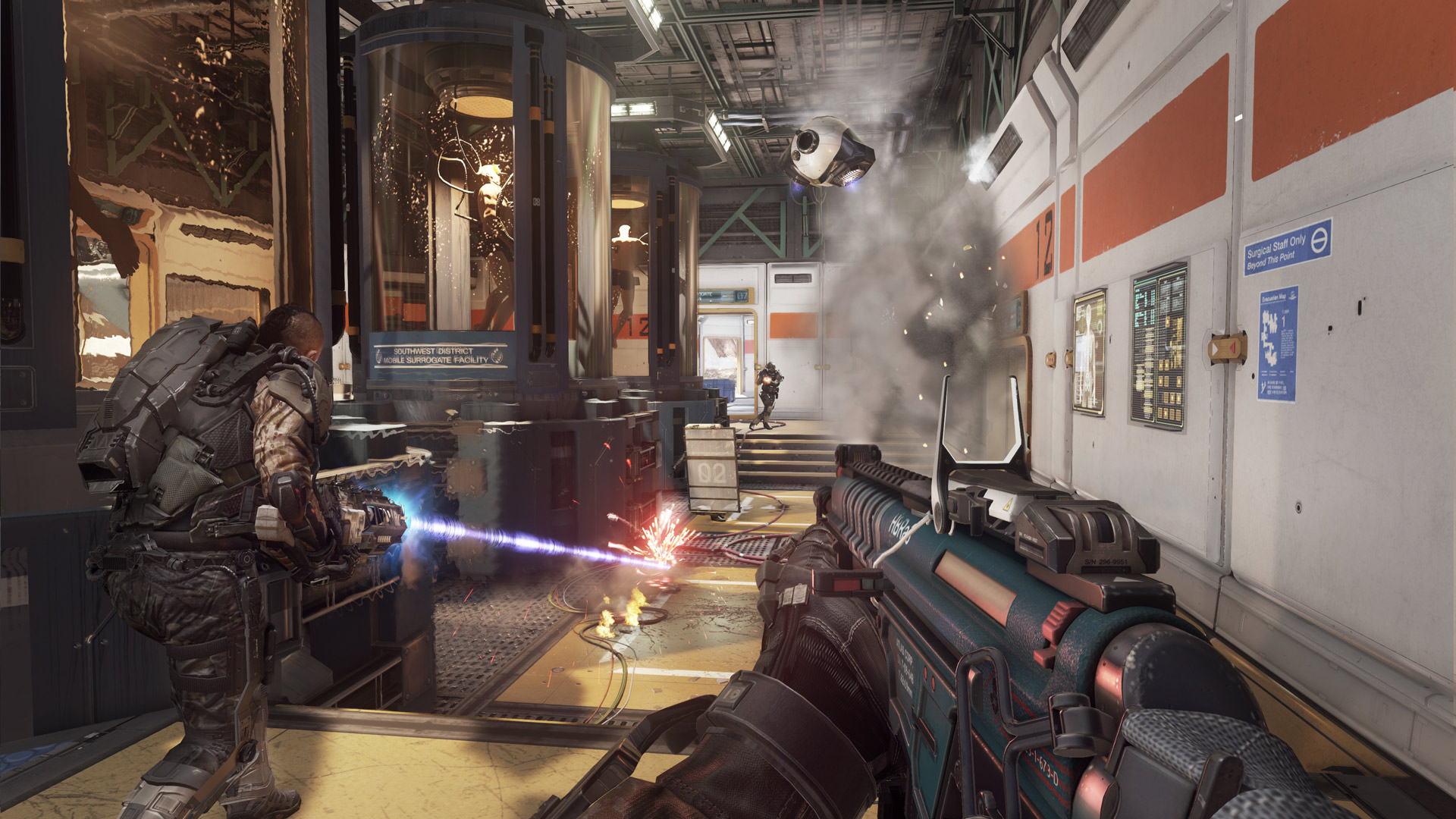 Too Much of a Good Thing?

I have such a love/hate relationship with the vertical prowess of this game. On one hand, it's a fun new addition to a series growing stale, but on the other hand, it pushes an already chaotic game over the top. You can only watch so many directions at once. Having to now focus on what's above and below you is a harsh reality you will have no choice but to face.

The spawns also need to be tweaked. Regardless of map and gametype, I never feel safe, no matter where I am or what setup I'm using. I have literally spawned with an enemy touching me. I've also spawned (several times on the Terrace map) directly in gunfire, with no chance to retaliate. It's NOT a good feeling.

It comes as a surprise to nobody that there need to be changes to this game. However, I have no lack of faith in developer Sledgehammer on this matter. They have shown they truly care about their players as a community by taking advice from us, and it's clear the extra year of development they spent in comparison to past installments didn't go to complete waste.

Advanced Warfare is a fresh new take on the series, showing they aren't afraid to push boundaries. The title involves a definite learning curve for sure, but with a few changes and some time, this could very well be up there with the best in the series.