Europa 3 (Didn't) Suck... But Here's What Europa Universalis IV Should Be Like

So Europa Universalis 4 rolls out Q3 of 2013. In preparation, I picked up a free copy of EU3 Chronicles on GameFly - which I thought wasn't a big deal at the time, but since the offer lasted only a few hours, I guess I was lucky to get a free copy when I did. Even better, I found a pretty solid strategy game that might even be worth paying money for with a sequel coming out this year...but I do have to warn you: EU3/4 isn't for everyone. 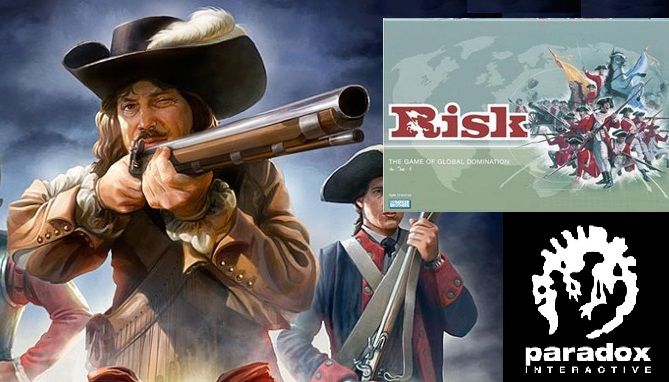 Europa Universalis is like a hardcore Risk game for NERDS (caps necessary). If you think playing a game of Monopoly with your friends is boring, then you have no place playing Paradox strategy games. I suggest you close this tab on Internet Explorer and immediately go back to Call of Duty, because this game is filled with complicated mechanics and a learning curve that would make Stephen Hawking spin around in his chair before reloading the game and trying again. If you have no tolerance for slow paced strategy games, avoid this title at all costs.

Having said that, EU3 is a boatload of fun when you get the hang of it, and EU4 promises to deliver an even better experience. Still, there are a few things I think Paradox needs to include, and most fans of board games like Axis and Allies or Risk might agree.

I did the worst thing possible when starting Europa Universalis 3: I stubbornly decided to play a weak non-Western faction - the Byzantine Empire. You see, one can play any country between the years 1399-1821 AD, but the title "Europa Universalis" (One Europe) kinda implies the game is meant to be played as a strong European power. 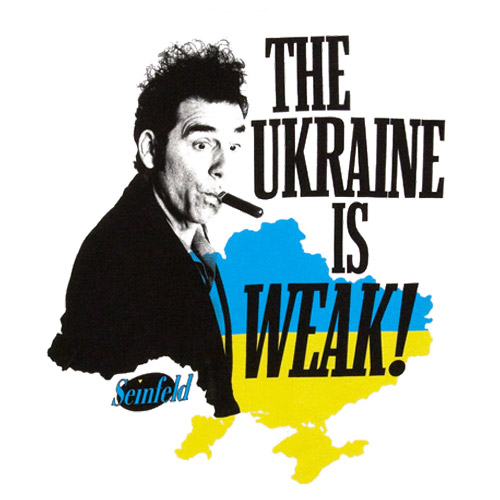 Right off the bat, I learned how:

Of course, my dreams of restoring the Roman Empire kept me from playing other easier factions like England or Castille, and this decision ended in disaster after disaster. It took about five tries to figure out how to conquer my neighbors without getting smashed myself (war with minor Catholic factions usually means war with big Catholic factions, etc.) and then it took another five attempts to figure out important game mechanics like technology and trading. After hours of failure, I forged a decent Empire with technology equal to my Western rivals and a sizable Realm with colonies in the New World.

I guess this makes me a "Byzantophile" - a gamer who obsesses over the restoration of the old Roman Empire, a gamer who knows the word Byzantine is a made up term by 17th century historians who thought "Roman" didn't dignify the later Empire and instead...wait, this has nothing to do with what Europa 4 needs.

Europa Universalis 4 will start in November 1444... and that sorta hurts any chances of a Roman Empire revival.  That date coincides with the battle of Varna, a major defeat for a Hungarian/Catholic coalition against the Ottoman Turks. The Byzantine Empire was still around, but poor and surrounded by the Turks. I'd be appreciative if there were an earlier start date in a future DLC and thus a legit chance to resurrect the Roman Empire, though I guess not everyone in the EU4 forums agrees...

I. A Better and More Interactive Map

Like I mentioned earlier, Europa Universalis is like a big game of Risk. The board is key to the whole game, so if it sucks or looks exactly like EU3, the game will suck or feel just like previous Europa Universalis titles. The map should visually keep me interested the entire time. In order to improve this aspect, I think the map needs two things that previous Paradox games do not have.

From one of the trailers, it appears like Paradox will have changing seasons. What I didn't see was the ability to see multiple transparent layers of map information. What do I mean by that, you say? Well, I think it's a pretty simple concept this game needs to perfect.

One of the problems I have with these Paradox strategy games is the yawn factor. If you go through a period of peace and building up, the game can get sorta stale and make you yearn for a casual shooter. How about spicing up the game a bit with event videos like the Total War series had, or better yet, a council of advisors like in Civilization II? You know, those advisor videos the game would have from time to time that gave you an entertaining idea of how you were doing in the game. These videos got repetitive when played over and over but provided entertainment value and good info during the period when the player was learning game mechanics. 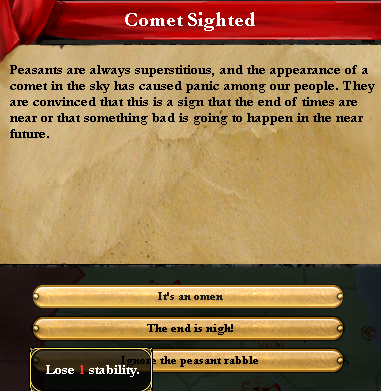 This is kinda a plague on EU3. Most random events are negative, so when this happens I often just resign and reload so they'll go away. Of course, I'm also plagued with the feeling that I'm cheating, but I don't want to ruin my game's progress.

The idea of no-win random events really wore off quickly, and I'd like to see them balanced a bit. For instance, the random event "there's a comet in the sky - lose one stability". It was funny to see the same options the first time, but how about that not happen again...ever. How I about I pick a reaction, and instead of just losing 1 stability, I gain 2% missionary conversion rate for a time because I took the comet as an omen. Or lose one stability, but say the comet is meaningless and gain a few points towards production research...just an idea, Paradox.

I thought deploying Counts and Dukes on the flanks of your armies was a brilliant way to keep the battles interesting in Crusader Kings II. Even though the outcome was mostly determined by random dice rolls, doing this made me feel I had control. EU4 could borrow something like this from CK2.

Here's an idea for EU4: If you play the ruler and you're leading an army in battle, maybe there could be random events that the player could react to and determine the outcome of the battle. "The enemy has gone behind your lines and attacked your camp - do you flee?". If you flee, your leader survives but you lose the battle, and if you stay, there's a 50/50 chance you win or your leader is killed. Stuff like this could only add to the experience of EU4.

I didn't really touch on technology research or colonial expansion because I think EU3 did a decent job and the developers shouldn't mess with it too much. I'm sure there are improvements that could enhance things, but you almost don't want to make things worse.

Probably More of the Same

Love it or hate it, Europa Universalis 4 is going to be another long drawn-out game of Risk. But I don't think Paradox is going to lie to you either.  This isn't a Total War series game with focus on action-packed battles. It's going to have complicated game mechanics and a steep learning curve to set itself apart from the competition. That's great, but at the same time, I hope Paradox keeps the game interesting for those of us who want to have fun learning the game mechanics.

Agree or disagree? Let us known in the comments!