Is the Lenovo Legion Y520 a Good Portable Gaming Laptop?

Thinking about Lenovo's brand new Legion gaming laptop lineup, particularly the Y520 gaming laptop? Wondering if it's a good gaming laptop or a good ultraportable? (Yes, we know it's 15-inch.) Read on for our thoughts and opinion. 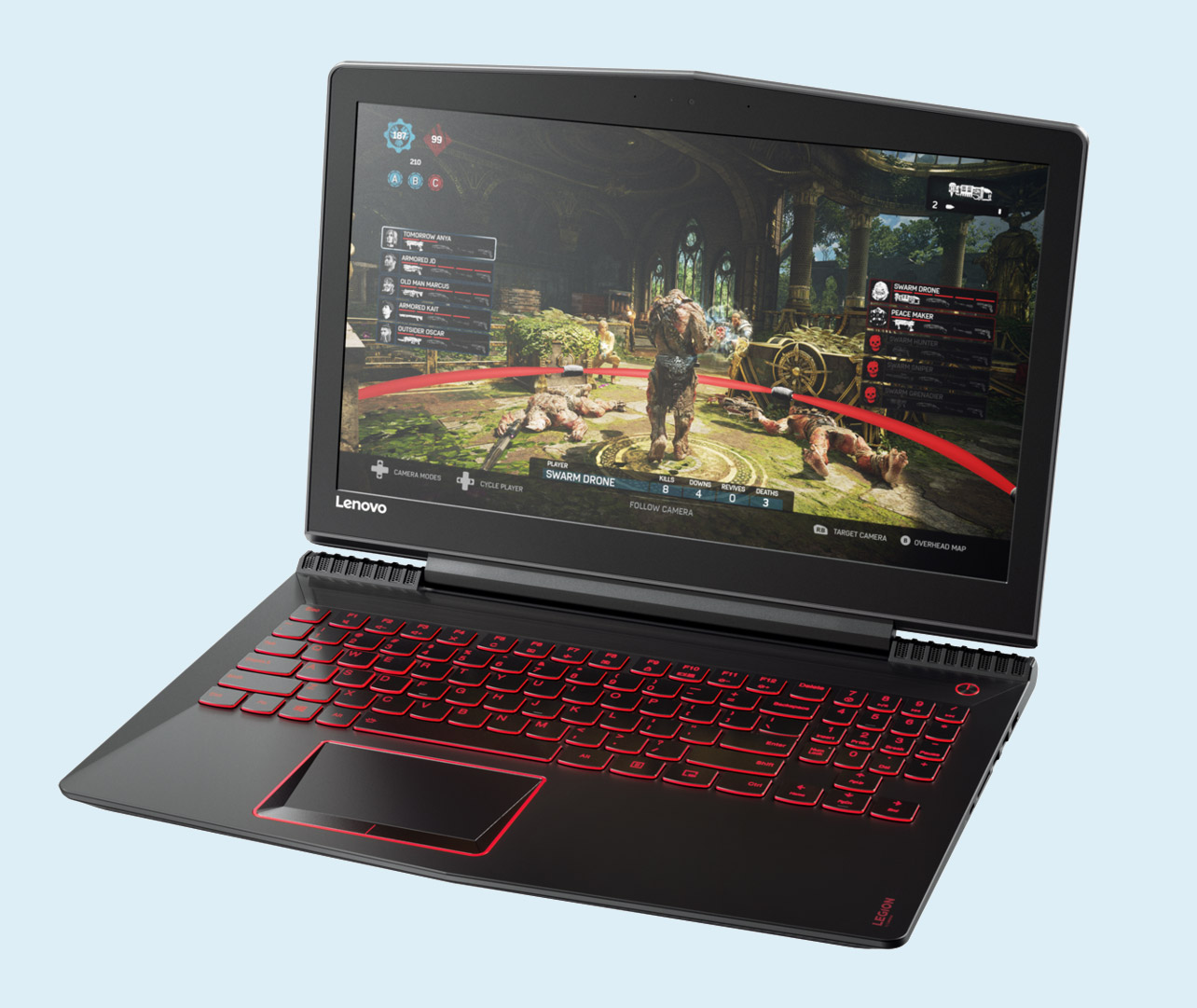 A New Line of Gaming Laptop from Lenovo

With the new year comes new machines, as Kaby Lake Quad Core equipped laptops are surfacing more and more. The Lenovo Legion Y520 is the latest entry from Lenovo in its lineup of gaming laptops - this time with a specific spin for the ultraportable gaming laptop segment.

If there's one reason I regret not being able to attend CES earlier this year, it's that I missed checking out Lenovo's latest gaming laptop offerings. Lenovo has once again establish a new brand for their gaming customers, now dubbed the "Legion." Previously, select Lenovo gaming laptops had the "IdeaPad" moniker, and at one point, they simply started calling them Lenovo Y##, forgoing the IdeaPad brand. As far as we can tell, Legion is here to stay (with placement similar to ASUS' now-established Republic of Gamers brand).

Of course, changing a name doesn't immediately equate to a completely new line of products dedicated to the gamer base, but it does show that Lenovo is making a stronger effort to break into the space. The newly minted Y520 borrows much from its predecessors like the Y700 15-inch and the much older Y500 15-inch. You'll see similar design cues from years past, and the latest from Lenovo is looking fairly conservative in our opinion. Gone are excessive sharp angles and spacing from the hinge areas, and thankfully, "LEDs galore" has been kept to a minimum.

If you're the type of gamer that enjoys a machine more in line with the Razer Blade type of minimalist design, you can probably live with the Y520 curves.

Let's take a look at some of the positives and negatives of the Y520 and whether it'll be a good or great ultraportable laptop for gaming.

New era means new chip. Unlike Kaby Lake machines that have been introduced in the past few months, the Legion Y520 will come with Quad-Core processors, namely the Core i5-7300HQ and the Core i7-7700HQ. Both will give you respectable performance for modern titles, with the i5's max turbo frequency at 3.50 Ghz and the i7 at 3.80 Ghz.

The Y520 comes with a very respectable GTX 1050 Ti, classified as a "mainstream" GPU by Notebookcheck. This is as mid-range as it gets, and it'll come with the exact same shader units as the desktop GPU (768). The only negative of the Pascal-based GPU is probably the 128-bit GDDR5 memory, but that's to be expected in mid-range offerings like these.

Paired with the Core i5 or Core i7 Kaby Lake choices above, expect good all around gaming performance for the GTX 1050 Ti. Resident Evil 7, one of the latest titles for 2017, comes in at 64 FPS at high 1080p settings. You can also run other modern titles such as Titanfall 2 and Battlefield 1 at Ultra settings - something most mid-range GPUs weren't able to do in years past for the flagship titles in their respective eras. 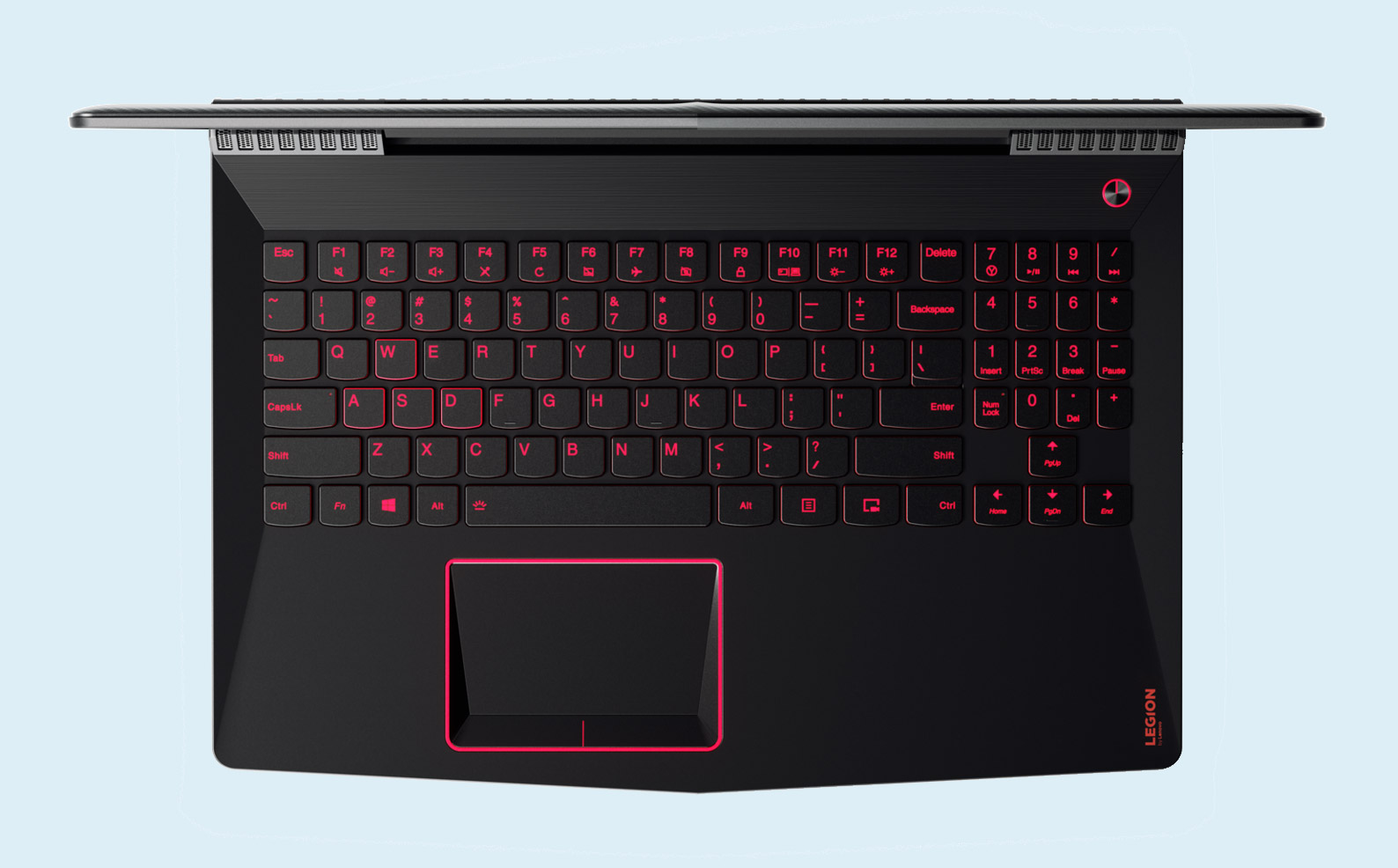 This is nitpicking a bit, but weighing in at 5.3 lbs, the Lenovo Legion Y520 is simply not that light. It certainly isn't a heavy duty beast in its size class, as many 15-inch laptops are easily over 6 lbs in weight. But given the laptop is also being positioned as a portable contender, we think it'll need to slim down below 5 lbs (preferably below 4.5 lbs) in order to really pitch itself as an ultraportable.

Having said that, you are talking about a 15.6-inch laptop wrapped in a very thin chassis. The entire machine stands at 1.01-inch thick, and its overall dimensions can easily put other non-gaming ultraportable to shame. We think you won't have too much issue with the size of the laptop, but at 5.3 lbs, you'll definitely feel the weight of the machine hauling it around.

For a quick comparison to what we'd consider an ultraportable gaming laptop, the New Razer Blade comes in at 0.7-inch thick and weights in at 4.16 lbs for the 1080p model, and 4.30 lbs for the QHD+ model.

The 3-cell 45 Whr Li-Polymer battery leaves much to be desired, too. Rated at 4 hours, we doubt you can get over 2 hours of real-world usage out of this machine. It's not a deal breaker, but it's also something to note.

Again, while the New Razer Blade is a different beast and price point, in comparison to the Y520, the Razer ultraportable comes with a 70 Whr battery.

At the end of it, while we were grasping at straws a bit with everything on paper, the Lenovo Legion Y520 looks to be a clear winner for those seeking an ultraportable gaming laptop.

You might not be getting the thinnest on the market, nor will you be getting the fastest GPU available. What you do get in turn is a nicely designed machine with modern CPU and GPU at an attractive price point (starting at $900) that can deliver you modern titles at respectable frame rates.

And that, our friends, makes the Lenovo Legion Y520 an excellent gaming laptop - ultraportable or not.

While our post wasn't meant to be a review, there are some decent in-depth pieces out there for those interested in the Y520 as a gaming laptop:

LaptopMedia review - Published as recently Feb 2017, the review covers all aspect of the Y520. Sections gamers would be interested is the GPU section, particularly the benchmark and performance of the Y520 with its GTX 1050 Ti. It LaptopMedia's gaming test section, the Y520 produced respectable numbers for Full HD, medium settings graphics. Although for Max setting, you're going to be looking at FPS of between 20-25 (below 30 fps) for modern titles (Rise of Tomb Raider, The Division, etc.)

Overall, LaptopMedia gave the Y520 an editor's choice, confirming our belief that the new laptop from Lenovo would make for an excellent gaming laptop. The key feature they've pointed out is the IPS panel given other GTX 1050 equipped machine in this price range includes TN panels.