This first impression of Middle-earth: Shadow of Mordor is from Dealzon user Brian Walker. We ordered a copy of the game just like everyone else and provided Brian with access to the game. Expect full review of this game in the next few days as Brian chugs through the rest of Middle-earth! The game is still available for 25% off on the PC until 10/1/14 at 11am ET. 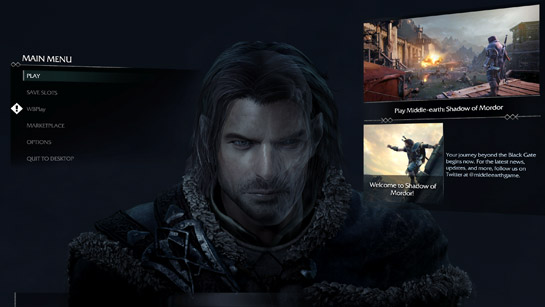 Four hours in, and I'm already hooked. There was a lot of hype surrounding Middle-earth: Shadow of Mordor, and it looks to me like it wasn't misplaced.

You play as Talion, a cursed Gondorian Ranger. Unable to live or die, possessed by a Wraith with a story of his own. Together, you must learn to harness each other's powers to bring down Sauron and his forces.  The story so far is acceptable but not earth-shattering.

But we all know there is more to a game than story, no? What story exists is brought to life with Tolkien-like characters and very solid dialogue. Every cut-scene is a cinematic experience that leaves you craving answers - and fighting even harder to get them.

Lore and back-story are present almost everywhere you look, including random artifacts you find. Even the enemies remember past encounters. Higher ranking Orcs and Uruks will recall previous battles and will speak to you accordingly. If you or the enemy Black Captain run away, they won't forget you. It's a small detail that impacts the game in a fun way. There is also a chain of command. If an enemy defeats you, he will level up, gaining additional strength. Dying actually has some consequence. 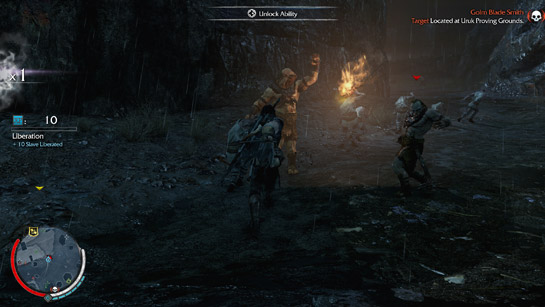 Combat is addictive. It's fluid, and attacks are easily executable. Finishing moves feel especially glorious and are accompanied by tasteful gore. Fans of the Batman series will find themselves right at home here with the combinations. At the beginning, I found combat to be far too easy, but once you progress into Mordor, you'll quickly find that is no longer the case.

Stumbling into an enemy stronghold and causing a ruckus invites almost certain defeat. If one enemy raises the alarm, running is pretty much your only option. The game makes you very cautious, and you must pick and choose your encounters wisely. You'll find stealth to be a necessary solution. Healing herbs are somewhat scarce, and you must use them when you find them. They cannot be kept for later use, which makes fighting all the more tactical.

Ranged combat with your bow is also a joy. When aiming, time immediately slows, allowing for more precise shots in the heat of the moment. You must be quick, though, for you can't sustain the ability for very long. Overall, combat seems quite balanced, and successfully chaining abilities together is extremely satisfying. Mastering techniques and paying attention to the strengths and weaknesses of certain enemies proves absolutely crucial.

The level of visual detail in the world is immense. The landscape is beautiful, even when peering into the distance. Weather changes actively, offering well-needed variance to the otherwise dark, desolate land of Mordor. It doesn't stop there. Character models are fantastically rendered - especially the enemies. 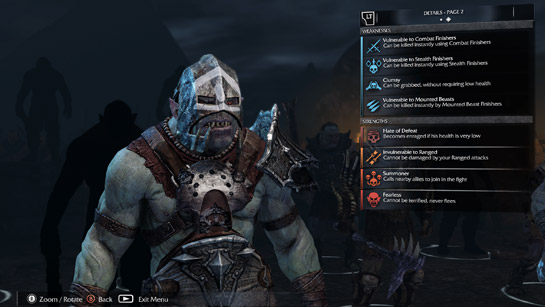 Orcs and Uruks look extraordinary up close, and individuality really shines through. Each Captain will have a completely different look and personality from the last. If you've battled against him before, he will likely have wounds or fresh scars and be itching for payback.

So far, it's a great experience. If you're a gamer and a fan of Lord of the Rings, you owe it to yourself to play Middle-earth: Shadow of Mordor. 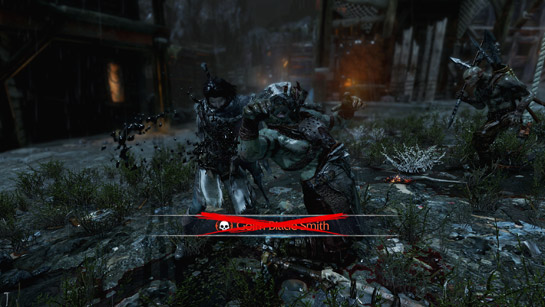 Have you played Shadow of Mordor? Let us know in the comments what your thoughts on the game are thus far and if the hype surrounding the title in the last few days are justified.