What's the best Xbox One S deal right now? Which Xbox One bundle should I get? Don't want to deal with picking too many? We've got you covered. 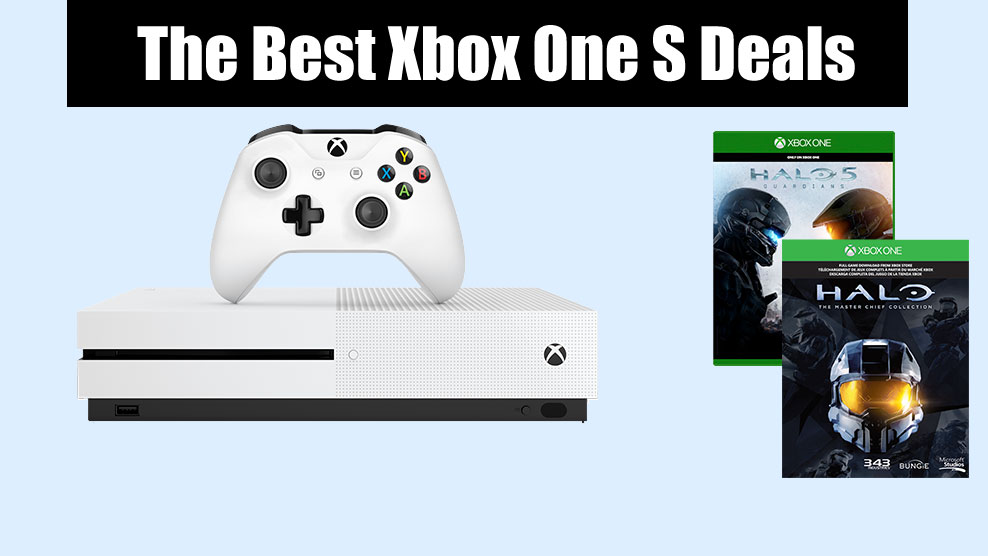 We know how it is. You're a gamer and you're short on cash. You want to pick up an Xbox One S bundle but you're not sure where to look for the best Xbox One S deals. Or perhaps you're not a fellow broke gamer but simply shopping for an Xbox One as a gift purchase. In fact, maybe you're just a regular o' gamer with a good job and good personal finance management skill - and being the savvy shopper you are - you want to scout out all the available Xbox One S deals before you click that checkout button.

Whoever you are, you're in luck because we've rounded up all the best Xbox One S (and non-S) deals for Fall 2016. This post has been updated for October 2017 as we discover new hidden deals and gems. If nothing below strikes your fancy, you can check for the latest deals here for the older model, or here for the newer S model. If you want a bit more information and guidance, this post will break it all down for you.

With holiday season 2017 nearing us - it's no surprises we are already seeing $199 Xbox One S at select retailer. If you don't want to deal with the holiday rush, the deals below are all solid to check out.

Which Xbox One S or non-S Bundle is the Best?

The first round of big Xbox One and Xbox One S deals are now upon us for Fall 2016. Right now the Microsoft Store, GameStop, and Walmart are offering you at least a free game of your choice (deals are listed above).

If you saw the bonuses from Black Friday 2015, you'd think these offers aren't as good, but context is important. These Xbox One S bundle prices are as cheap (or cheaper) than the old Xbox One was during the same time last year, and the old Xbox One bundles now are at their all-time historic lows. On top of all that, we're getting at least a free game of choice, which makes these the best Xbox One bundles offered to date.

The Microsoft Store is retailer #1 to look at because they have three Xbox One S bundles with 2 free games. The Xbox One S Madden NFL 17 Bundle and the two Xbox One Halo Collection Bundles (both the 500GB and the 1TB) come with a free copy of The Crew and a game of your choice. The game of choice is from a list of 19 titles, many of which are recent releases like ReCore and NHL 17.

GameStop is retailer #2 to watch for, and you could argue is the better choice depending on your preference. You see GameStop is selling those bundles AND the brand new Minecraft Favorites Bundle with a free game of choice from their entire game catalog (which is much more than 19 options). Any in-stock physical Xbox One game on this list is free when you add the game and the console to cart - just be aware that GameStop will not hold your hand on getting the free game, you'll manually have to add both to cart, and only then you'll see the free game.

If you want an old Xbox One Deal, GameStop is definitively the place to pick one up. The popular 2015 Gears of War Ultimate Edition bundle has been slashed to $230 ($20 cheaper than elsewhere) AND is already bundled with titles like Rise of the Tomb Raider and Forza 6. On top of that you also get the free game of your choice at GameStop, which for $230 and 2 free games is a better value than any refurbished Xbox One bundle out there.

Also notable is the old Walmart deal on the Xbox One S Madden NFL 17 bundle. Last week Walmart was giving away a free 4K Blu-ray with the madden purchase and a free wireless controller. This week there's no blu-ray, but instead a free game of your choice (from a list of 9) and a free wireless controller. It's arguably even better than the Microsoft Store, but your list of free game options is the most limited at Walmart.

Proof is in the pudding that 8th gen console deals are going to be pretty crazy this holiday season. Already retailers are going out of their way to sell off the old bundles by offering free games. Around Black Friday we'll start to see some even better magic, but if you can't wait for a few months, you're not a sucker for getting these.

Have you seen any other Xbox One deals not listed above? Even refurbish ones are fine, as long as it's from a reputable retailer. Let us know in the comments below!