Mad hate on pre-ordering if you will, but for those of us sure we're going to play the game on Day One of release, developers and retailers are making pre-orders a much more attractive option these days.

Some retailers are offering pre-order discounts, while developers are tacking on the usual extra DLC content to drive sales. Sure, some of the DLCs are gimmicky and won't add much to the game, but the combination of a price discount plus pre-order bonuses will make these games a lot more attractive. Below you'll find the five PC games we'll be pre-ordering come Fall of 2014. 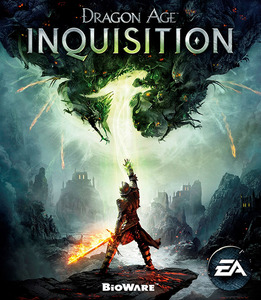 Mike: I'm a fan of the Dragon Age series through and through. Be it the no-perfect-answer plotline or classic pause and control combat, thus far the two earlier titles have been favorites. This new Dragon Age promises to take the improved combat and dialog from the second game and combine it with a larger world (4-5x as large as Ferelden) with multiple playable races from the first title. Anyone who played through Dragon Age 2 was left with a cliffhanger, and now it looks like we'll be able to play it out.

Viet: I'll pass on the Inquisition pre-order, although I'll definitely play the game (eventually). Like Mike, I've played DA: Origins and DA2; unlike Mike, Dragon Age 2 made me the series incredibly sour for me. While it's not a fully terrible game, the generated dungeons really bothered me given it was supposed to be a AAA title. Sure, I'll want to see the trilogy out, but if it sells well, EA will probably pull a Mass Effect 4 on Dragon Age. 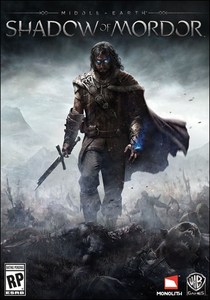 Mike: After reading the Silmarillion years ago, this quote stuck with me: "And deep in their dark hearts the Orcs loathed the Master whom they served in fear, the maker only of their misery." I'm excited for this game because I can live out a fantasy to divide Orcs against and mess up Sauron's plans. You'll play as a Ranger slaughtering and pitting Orcs against Orcs to prevent them from uniting. If you're a LOTR nut, how can you not have high expectations of Shadow of Mordor? As Pippin would say, "I'm Getting One."

Viet: While I'm a fan of LOTR well before the movies, Shadow of Mordor just isn't clicking for me. It'll be interesting to see how the game plays out given the marketing behind the title is a bit on the light side so far. The PC version releases a few days after the console's September 30 day for Shadow of Mordor, while the rest of the world will have to wait until October 8th. I may change my mind on this one in the next few weeks, but so far, this will be a title I'll play after reviews from critics and gamers come out. 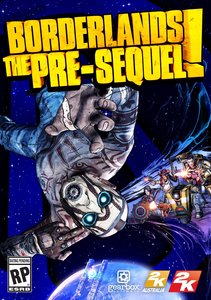 Mike: If you're a fan of FPS RPGs, odds are you've played Borderlands. Borderlands 2 was one of the best games of 2012 (IMO the best), and thus I'll have to order out of loyalty. They're going to play with a low gravity environment, which looks cool and should play out quite interestingly.

Viet: I'm tempted on this one. Borderlands 2 is one of the finest co-op RPG FPS experiences I've enjoyed with my friends, and there's no question that it's an incredibly well made game. Sure, Gearbox kind of milked the franchise to death with the plethora of DLCs made available for the game, but the majority of them were developed and released after the fact. This should be a very popular title this fall, but I'll most likely wait until confirmation from gaming pals to see if they'll be picking the title up - while single player action in Borderlands is decisively kosher, why not co-op? 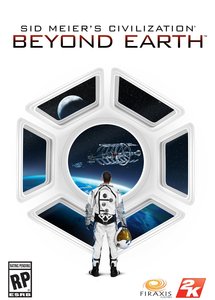 Viet: The announcement for Beyond Earth came out of left field for most people, and it was incredibly exciting as a Civ fan to get the surprise trailer earlier this year in April (during Pax East). I'm probably placing too much fanboy faith into Firaxis, but I believe they'll do this series justice. Of course, with the space theme, there's a lot of talk and comparison to Alpha Centauri. Even if it ends up being an updated clone of the game, I'd be happy with that too. (It's not.)

Mike: You might think the $49.99 list price is something that would draw people in, but for me it's not. I'm a Civ fanatic - no one has logged more hours on Civ 2 Gold than I have - NO ONE - but the lower list price for this AAA title has me worried they're not putting their full effort behind the game like they would with a true Civilization 6. I want to play this game, but I'm willing to hold off in case it's a flop. 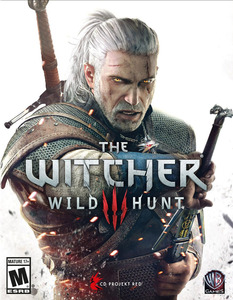 Viet: The Witcher 2: Assassins of Kings was probably one of my favorite games in 2011, and in recent years for that matter. The initial difficulty can be a big turnoff for some people, but the lack of hand-holding is what drew in plenty of action RPG fans. Due to the exceptional quality of CD Projekt Red's Witcher 2, the Witcher 3: Wild Hunt is a no-question pre-order for me - plus you're getting a crapload of goodies in addition to the savings if you buy from GOG.com. In terms of this franchise, I'm decidedly a fanboy. Let's hope the third installment lives up to the hype.

Mike: The pre-order bonuses look cool and so does the game, but there are a ton of good games coming out in the fall to keep me busy beyond early 2015. There was a huge dry spell for my taste in 2014 thus far, so I'm itching for some of these Fall 2014 games. But without a huge time gap to build my interest, there's just no point in pre-ordering. Unlike Skyrim or Dragon Age, this is an RPG franchise I haven't delved into yet. Sure, it looks appealing, but with all the upcoming options, there's no rush to pre-order. Such a long time to go for this particular title keeps me in the waiting category.

What Are You Pre-Ordering?

With the multitude of titles coming out later this fall. What are YOU pre-ordering? Or is pre-ordering the worst thing ever, literally worst than Hitler? Let us know in the comments below!