This deal expired May 26. 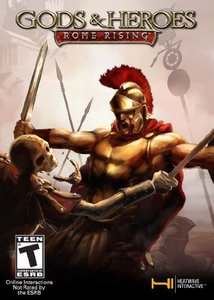 Gods & Heroes: Rome Rising is an MMORPG game for PC.  Players choose a warrior class to eventually become heroes.  Allied with an Olympian god, the player takes on other heroes and gods.  Set in Ancient Rome, historical and mythical elements are combined in this game to depict battle between gods and heroes.  After multiple release delays due to additional game features and developer rights, Gods & Heroes: Rome Rising was finally released in June 2011.  The project started in 2006 but the graphics were not improved since.  A reason for critics to give a low score.  This game received an aggregate score of 49 out of 100.