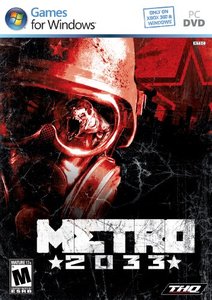 Based on a Russian novel, Metro 2033 is set in a shattered subway in post-apocalyptic Russia. With the world as a huge poisonous wasteland, and mutant horrors that lurk its surface, the game takes you on a mission to save what's left of humanity, of those who dwell safely underground.

Metro 2033 is well received by critics but fans didn't like how the AI works. Overall, Metro 2033 is not too scary for a horror game, but still a great game. The game received 81 out of 100.