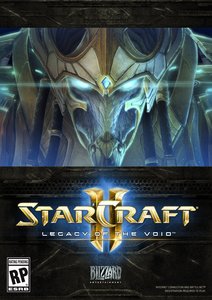 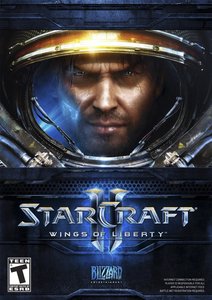 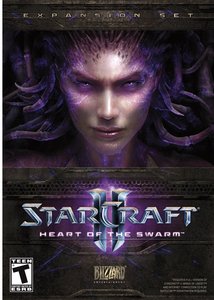 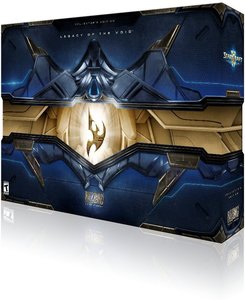 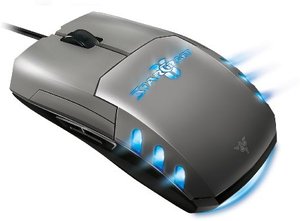 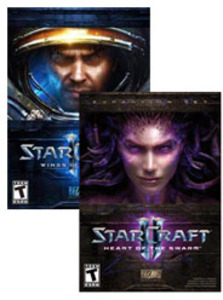 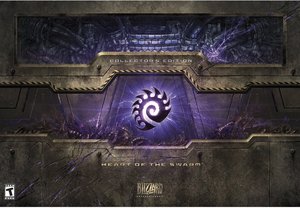 Military sci-fi RTS game Starcraft II: Wings of Liberty is the sequel to the award-winning 1998 game.  Released in July 2010.  Fans of this series followup will expect two expansion packs Heart of the Swarm and Legacy of the Void, which will be released in 2012.  There's 29 campaign missions in this game, with several unique objectives to complete a mission.  Units from the initial series appear in this game, with more abilities and upgrades.

With an aggregate score of 93 out of 100, StarCraft II: Wings of Liberty clearly surpassed the expectations of every critic and most fans. While the game holds true to the StarCraft RTS franchise, single player campaign does leave a bit to be desired in terms of actual campaign games and flow (the story wasn't super compelling as expected and frankly none of the new introduced characters are of of note). Perhaps too highly expected, the single player campaign in SC2 felt slow and poorly paced until the last few missions (seriously first bout of campaign in finding those shards were pretty bland).

In the multiplayer section, the games are as competitive as always, with very decent match matching setup by Blizzard, and as of season 3, you have 5 tier of leagues to play in so that if you're new to StarCraft, you can play with players in similar skillset. Some of the editors on Dealzon are advid StarCraft fans who used to waste hours of their life on the game.

Personally as a mid/high-level Diamond league player that occasionally play, competitive multiplayer in StarCraft is as fun and frustrating as ever. Game changing balance seems to have waned in recent season. I personally stopped playing seriously since season one, but a few quick placement match shows that skill level in the game hasn't eclipsed too far, with Master league fairly viable to attain if you just dedicate some time in perfecting on particular race.

Custom games are pretty interesting and fun, with new ones showing up everyday in season one, and established ones solidifying their fanbase in recent seasons. Of note is recent changes to custom game selector/finder, giving players better ability to sort and find popular games, while still giving custom StarCraft 2 games a chance to showcase themselves to interested players.

All in all, Wings of Liberty was a decent game and worth the money. Any StarCraft fans have already bought the game. If you're a new player to the genre, you can definitely try out the now free Starter Edition which gives you even more access to the game. Hopefully with the upcoming release of Hearts of the Swarm "expansion" (still an expansion in my mind!), Blizzard will better refine the single player campaign, so that the game can better stand on its own as a great single player experience.